A lot has happened quickly in the last few days, but after a flurry of activity things have finally settled down, classes have started, and the realization has finally dawned on me that I’m in Oxford, England.

My journey actually began a few days ago, when almost half of the students in the program boarded the same flight from California direct to London. For many of us, it was our first time flying alone. For some, like me, it was the first time traveling internationally as well. After an uneventful trip, we were greeted in the most traditionally English way: with rain. 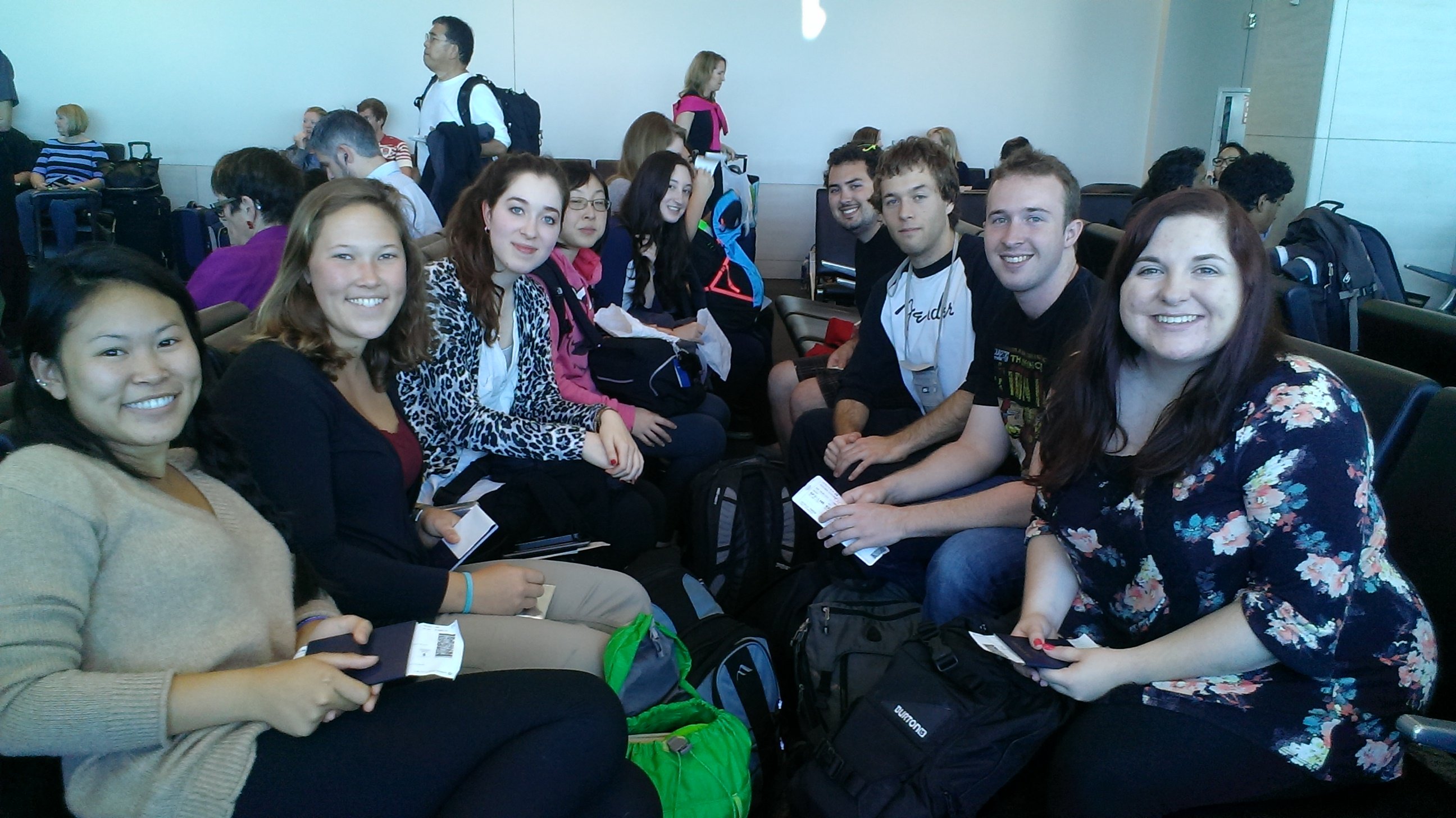 The group gets ready to depart.

As our dorms would take some amount of time to get ready, the group spent a few hours touring Oxford in the wet conditions. The weather actually created a unique opportunity to get to know the town as we dashed from shop to shop seeking shelter. We finally came to rest in our own College’s common room, which created an opportunity to meet some UC students who had already arrived and to get small introduction to part of student life at Oxford.

After using Sunday to adjust to the new time and attend an orientation for the program, we began classes in earnest on Monday. There, we went over methods to ask interpretive questions about texts — a useful piece of information, considering this is my first college English class. After using these newfound tools to dive right in to the work of Lewis Carroll, it was time for the start-of-term feast in the dining hall (which looks like a miniature of the Hogwarts Great Hall) before preparations for Tuesday’s day of tours. 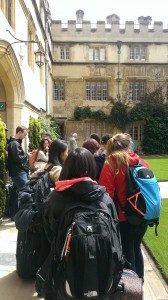 Checking in during a respite from the rain.

When not in class, we have been exploring Oxford and getting acquainted with life in Britain. Having the UK as a first foreign experience can be somewhat unnerving, as it bears many similarities to the US but is riddled with differences. Almost every American item, product, institution, or idea also exists in the UK, but never in exactly the same form. Everything familiar has some slightly new aspect to it, creating something of a parallel universe that seems comforting but quickly becomes disconcerting. As our time in Oxford increases, this feeling may pass, and British life may seem downright normal in four weeks time. For now, though, every minute is a unique and fresh experience.

Stay tuned for more updates as we further explore Oxford and check out local museums! 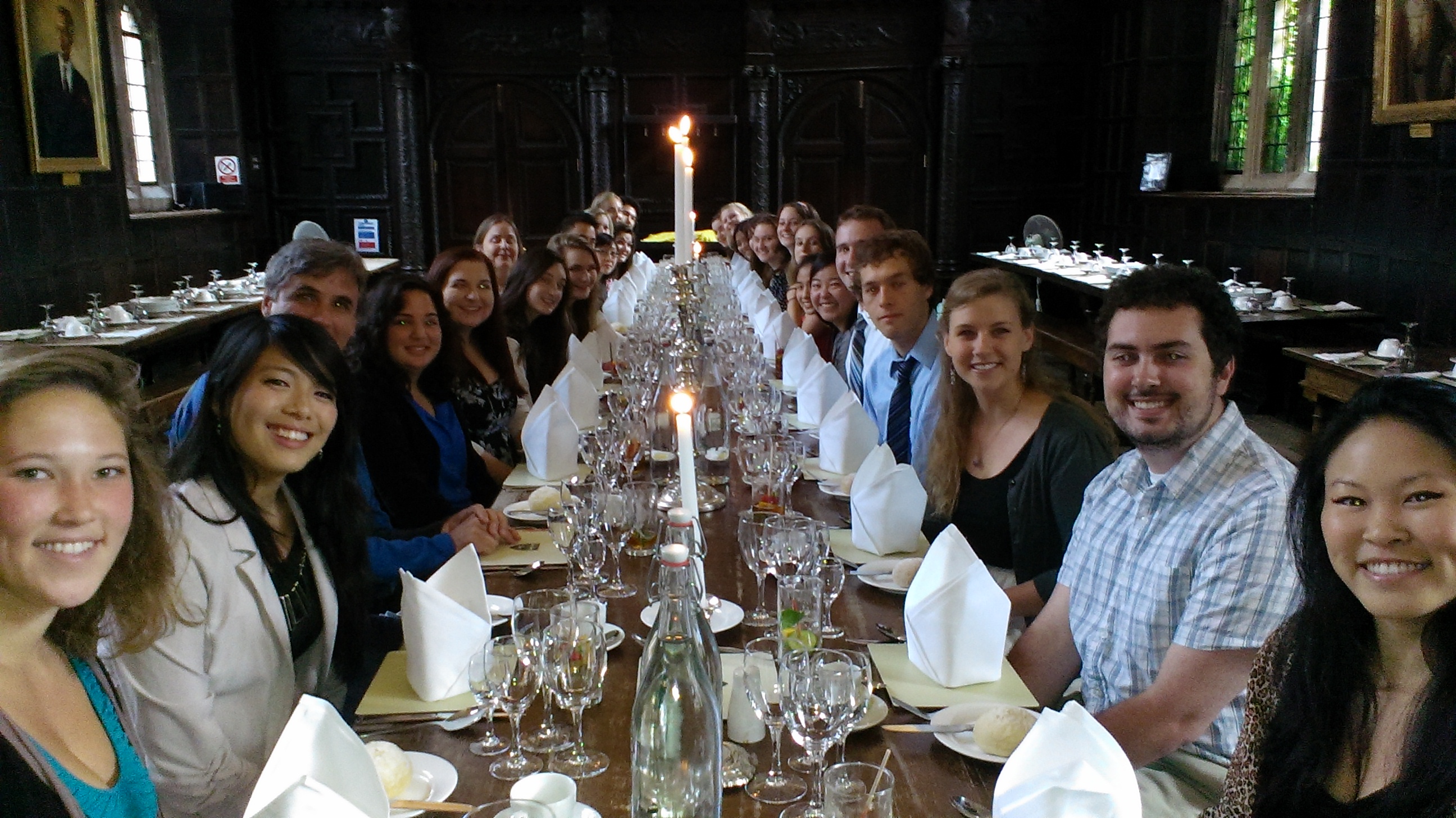