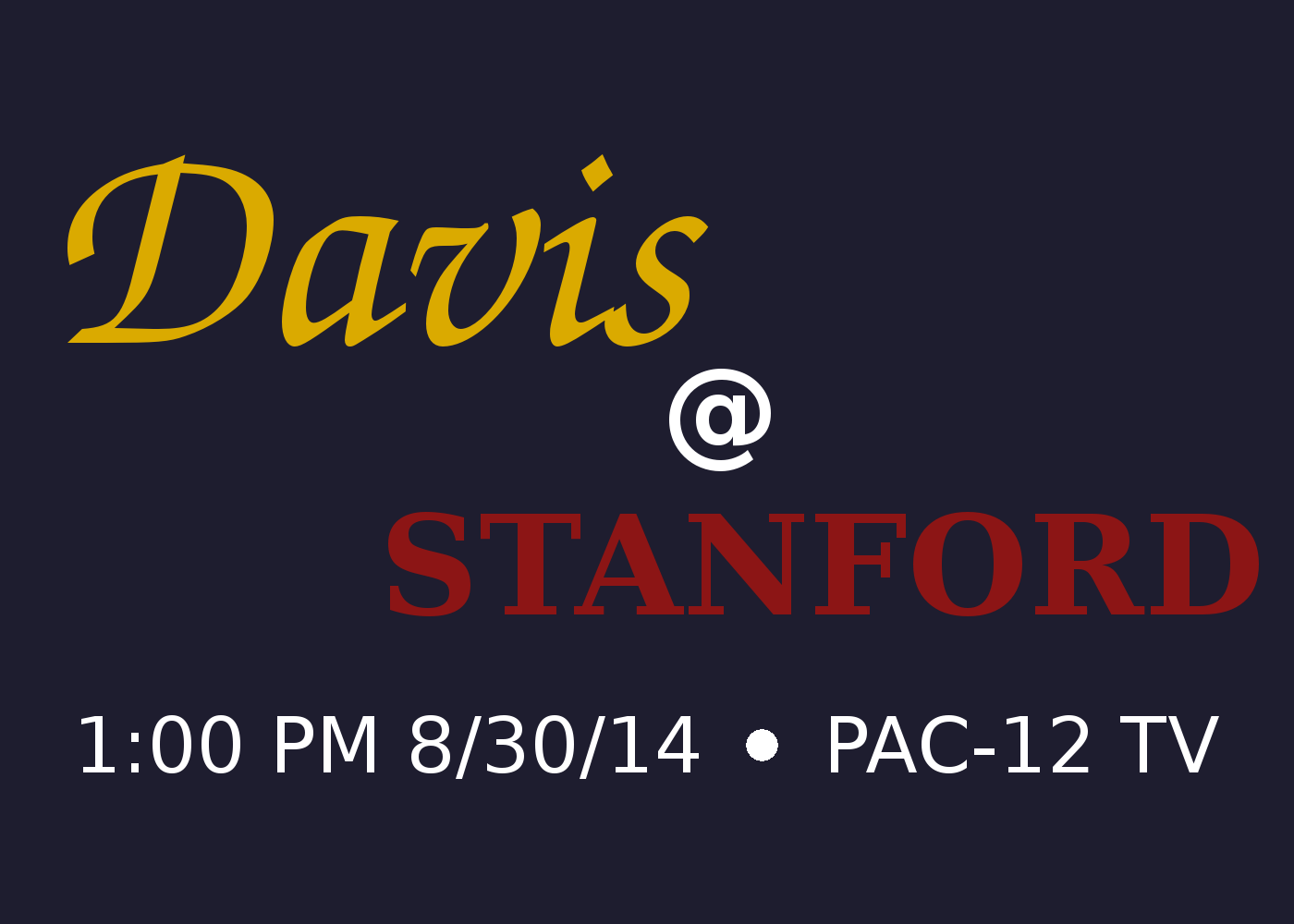 A student-oriented preview of the August 30th matchup between the Stanford Cardinal and our own UC Davis Aggies.

Who we’re playing
Answer: Stanford, the reigning PAC-12 champion. Both teams will be starting 0-0.

When and where:
Saturday, August 30th, at 1:00 PM at Stanford Stadium in Palo Alto.

Why should I go to this game?
It’s a rare opportunity for the Ags to test themselves against a top-notch team on television. The last time these two teams played (in what’s apparently called the Farm vs. Farm rivalry) UCD beat Stanford in one of the biggest upsets in college football.

Are we likely to win?
Probably not this time. Stanford gives out more scholarships than us and is a top-ranked team. However, as noted before we did upset them last time, so there’s always some hope.

How do I get tickets?
You have to buy visitors-section tickets through Stanford and Davis-Palo Alto bus tickets through the UCD ticket office. Tickets are $34 apiece (for bad corner seats) and a round-trip bus ride is $40. Click here for ticket, bus, and pregame activity information.

Aggie Pack giveaways:
None that I am aware of, though there may be events in the pregame activities.

Intersting stuff before or at the game:
The Ags will have Aggie Central activities 2.5 hours before the game, near the Fan Fest. Band-Uh! will be there to drive the festivities, but beyond that I’m not sure what Aggie Central will entail.

How early should I arrive?
Perhaps a good 3.5 hours in advance to deal with parking and have time for the fan activities. Though if you’re taking the shuttle bus or public transportation, that may be decided for you.

What if I can’t make the game?
It’s being aired on PAC-12 Networks, so a lot of sports bars may be playing it. The Grad in Davis will likely be a particularly popuar spot — consider arriving at least 15 minutes early to grab a table. Also, you can stream the home radio call on Tunein. The in-game UCD Twitter account may be posting updates as well.