One of the subtle but important goals of the program was to familiarize us with some of the facets of British daily life and how the nation’s history and class live on in modern traditions. This was important for two reasons: first, it provided some local flavor for our travels; and second, it gave context to cultural nuances in the older works we studied, such as The Wind in the Willows. 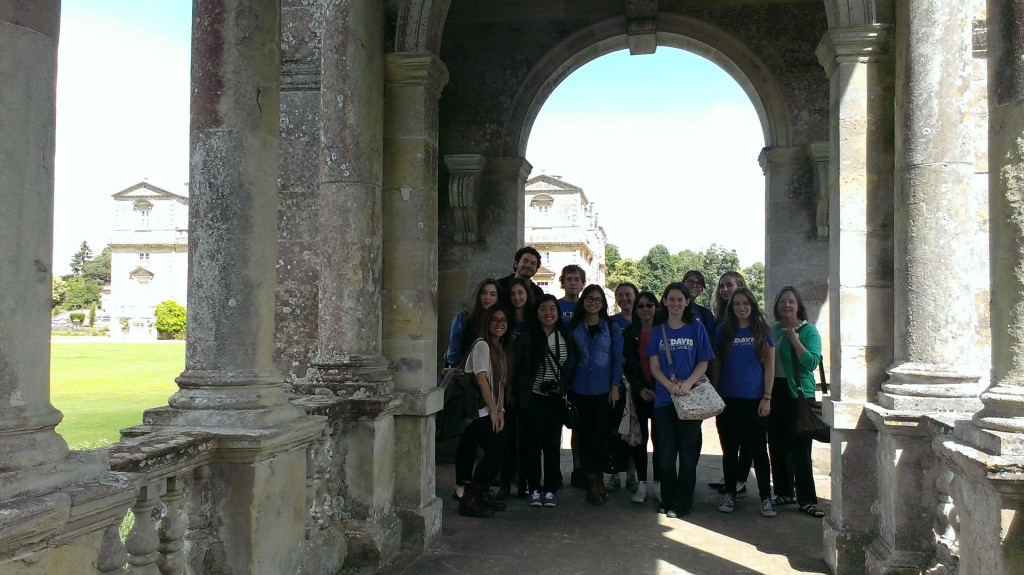 On the grounds of the Wilton House.

Thus several excursions were particularly designed to give a taste of upper-class British life. The first occurred on the same trip as Stonehenge, and featured the magnificently-preserved Wilton House. The House, an abode for a line of Earls, is now famous as an expansive visitor’s attraction and as a location for many period-specific British films like Pride and Prejudice.

After the rush from experiencing Stonehenge, the Wilton House proved a wonderful counterpoint as we toured serene grounds and stately, quiet living rooms. The opulence of the House was impressive by itself, let alone in the context of being a centuries-old building. During the tour, our guide recounted some of the Earl’s family history, providing a window into the rich tradition and pride ingrained in British culture.

Highlights included a tour of the Earl’s stable-turned-automobile display, an impressive collection of art from different eras, and a visit to an isolated bridge on the grounds. (Though the most memorable segment occurred when we lay down on the floor for some time to inspect the detailed ceiling and get a new perspective on the room.) Another entertaining moment occurred when we discovered the Earl had a massive playground in the visitor’s area, which served as a nice break from the cramped coach ride. 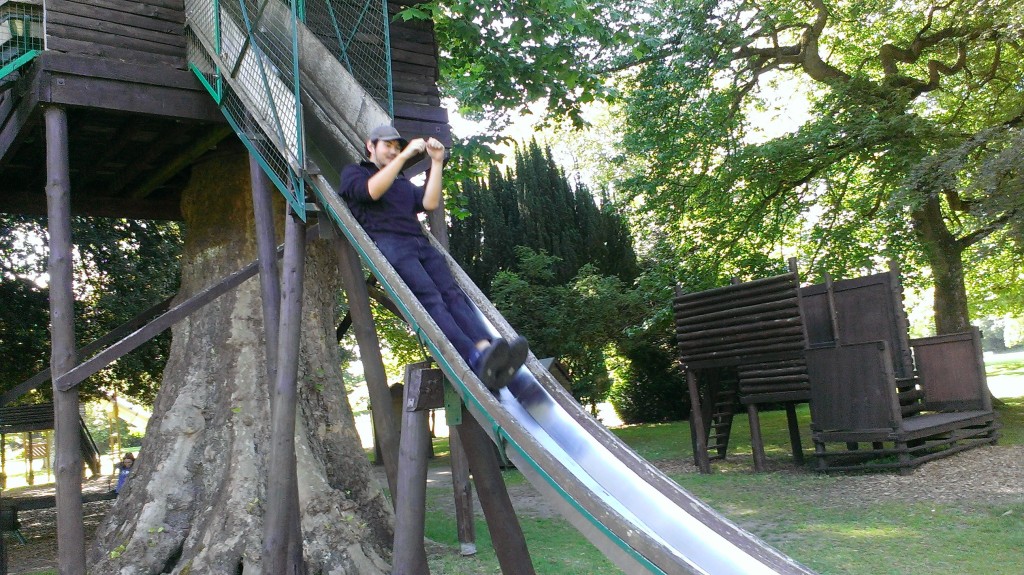 We found a giant playground in the Earl’s front yard.

Later in the program, the students got another taste of British culture with an afternoon tea event at the Randolph Hotel in Oxford. The meal was a traditional afternoon tea (or “Low Tea”) though we referred to it as High Tea for the coolness factor. Many of us had not realized how formulaic and ritualistic such a meal is; thus a Powerpoint was necessary to explain the rules of the occasion.

The food came on a stack of three ascending platters, with each representing a different course. First, there were small sandwiches. Then, on came scones with jam and clotted cream (a sweet whipped butter) ahead of the conclusion of assorted sweets. Each plate could only be started when the previous course ended. (Fortunately, a good-natured waiter helped us navigate the intricate maze of the meal.)

These two seemingly small events, the Wilton House and tea at the Randolph, proved to be the most British of all our experiences. While the other events like Stonehenge and the Harry Potter Studio were touristy in a very American way, the British culture experiences proved quite alien and unglobalized. For some students in the program, including myself, they were the keystone of the Study Abroad experience and some the few moments of true immersion in this foreign country.

Stay tuned for more. There are four posts left, at least.